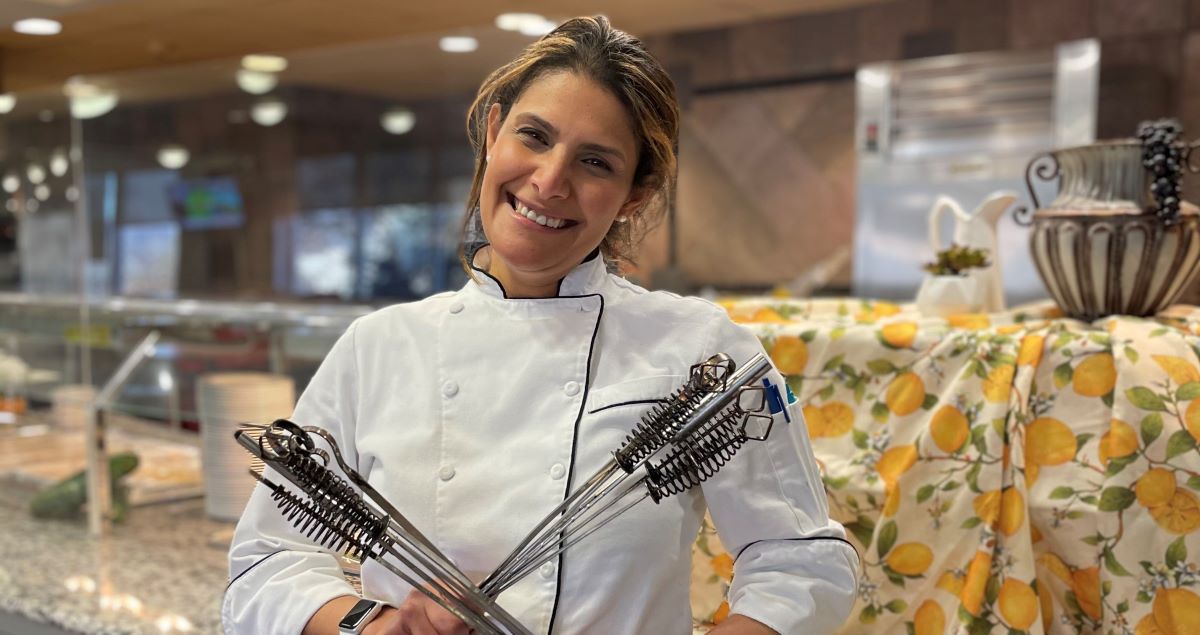 Growing up, Amira Cooke moved around a lot. As the daughter of an Egyptian dignitary, she lived in cities across the world, hopping from continent to continent. These formative experiences provided Amira with exposure to a wide array of cultures, languages (she is fluent in six), and of course, foods.

While Amira’s family always expected her to become a doctor, her early explorations of global cuisine grew into a full-blown obsession. “My family stopped talking to me for a year after I left medical school and became a chef,” laughs Amira. She moved to the United States and took on a role as a private chef for a notable Jordanian neurologist, who often asked that she cook foods from all around the world for clients. “While I was a private chef, I cooked every cuisine on earth,” says Amira. “It was as if my childhood repeated itself again, but just in one place.”

After mastering a multitude of cooking styles and techniques, Amira went on to work in food service, eventually serving as Executive Chef at Pittsburgh’s Washington and Jefferson University. It was in Pittsburgh that Amira learned of a new opportunity with Bon Appétit. . “It was like the stars aligned,” she says. She now leads a team that serves employees of a technology company each day. But beyond providing fantastic food to some of the brightest minds in tech, Amira has sought to create a work environment in which all of the members of her team thrive.

Since her arrival at Aurora, Amira has inculcated positivity, respect, and a commitment to diversity in the kitchen. “I have a deep passion to change the negative reputation of the industry,” she says. “Restaurants and food service places can be a beautiful, positive place to learn a skill and gain experience.” Amira has created a kitchen that bucks stereotypes many have about working in food service. “My vision and dream are to have true diversity, equity, and inclusion in our workplace and spaces where everyone simply belongs,” she says.

The success of Amira’s approach has not gone unnoticed. When Bon Appétit’s parent company, Compass Group, sought nominations for the 2022 Chef Appreciation Week Chef of the Year, those who know Amira best were thrilled to put her forward as a candidate. Company President Michael Bauccio noted that “Amira’s unwavering quest to create a true sense of belonging for her team and guests while working to lift up members of the Pittsburgh community exemplifies Compass Group’s pillars of people, purpose, and performance.” Southeast-Midwest Regional Vice President Randy De Mers agreed wholeheartedly. “She is a true teacher, always learning,” he says. “Her positivity and enthusiasm are contagious. And her treatment of her employees is second to none. She leads by example, listens, looks people in the eyes, and asks questions.”

Amira has worked hard to bring her unique culture outside the walls of her kitchen, too. She has collaborated with Community Kitchen Pittsburgh (CKP) — a nonprofit focused on serving low-income and marginalized populations primarily through culinary training and job placement — to hire and mentor two apprentices. Amira provided the apprentices with 1,500 hours of direct in-kitchen teaching and mentorship, while also contributing to further developing CKP’s curriculum.

The adoration that Amira has received from Bon Appétit is mutual. “Bon Appétit gave me an opportunity to start my life again after moving to Pittsburgh,” she says. “I bought a home in 2020, as an immigrant woman who has no family here, it has helped to make life happen for myself, and my family.”